During the master’s course Digital Media Technologies we developed a multi-touch game for an exhibition on prehistoric rock art in Valcamonica, a valley in northern Italy.

After several weeks of brainstorming and discussions within the team and with archaeologists we came up with a concept involving two main parts:

The central module of the application displays one of the largest rocks in the valley with several hundreds of engravings (“Pitotis”) as a high resolution image (3.5 gigapixels). Visitors of the exhibition can explore the rock using multi-touch gestures. By zooming in on the figures it is possible to see the figures almost in real-life size. In order to achieve this, we systematically photographed the rock and manually stitched 214 photos together to create the first complete image of this rock.

Scattered across this huge rock, there are several small games which visitors can play. These mini-games tell short stories about the figures and encourage visitors of the exhibition to play together and discuss about the way, these engravings were drawn.

From October 1st, 2012 to November 4th, Playing Valcamonica is installed at the exhibition PITOTI at the Triennale Design Museum in Milano, Italy. In March 2013, the exhibition was displayed at the Museum of Archaeology and Anthropology in Cambridge, UK.

Playing Valcamonica was awarded the APA IT Challenge in the category Academia. We feel very honored about this!

The project was also awarded the Golden Wire, the media award of St. Pölten University of Applied Sciences two categories: Interactive and Audience-Favorite.

The project was developed under supervision, support and advice by Markus Seidl and Peter Judmaier.

Playing Valcamonica was realized in cooperation of:

Museum of Archaeology and Anthropology and St. Pölten University of Applied Sciences 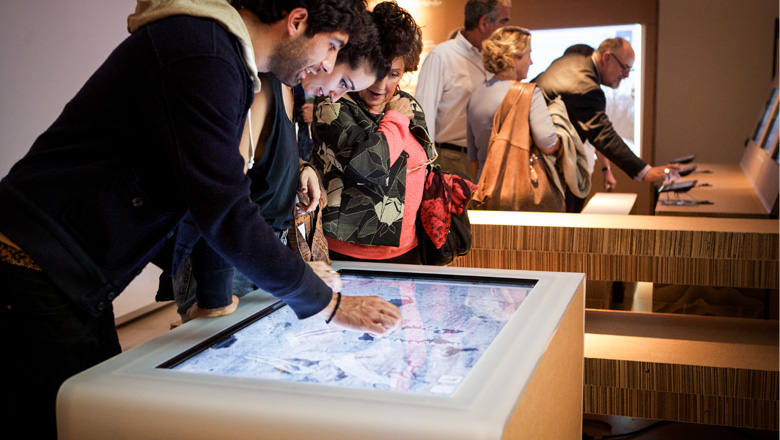 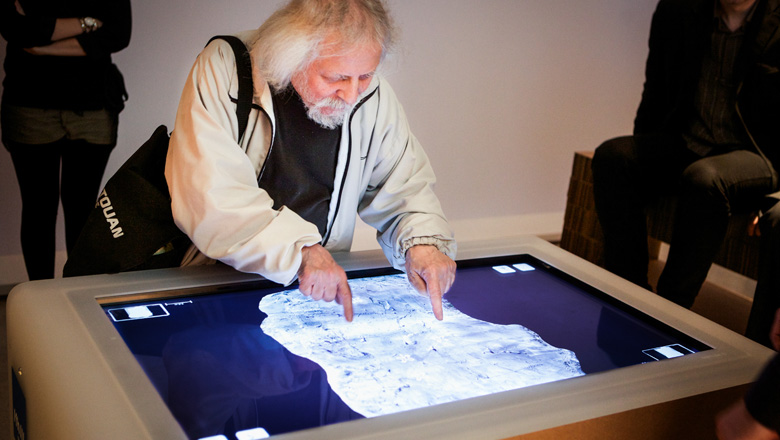 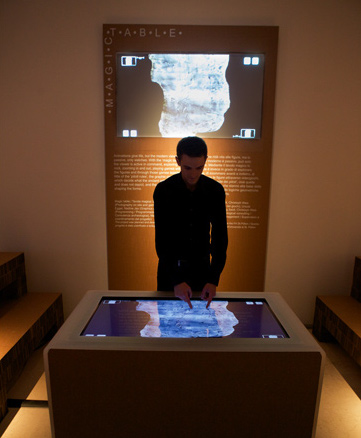 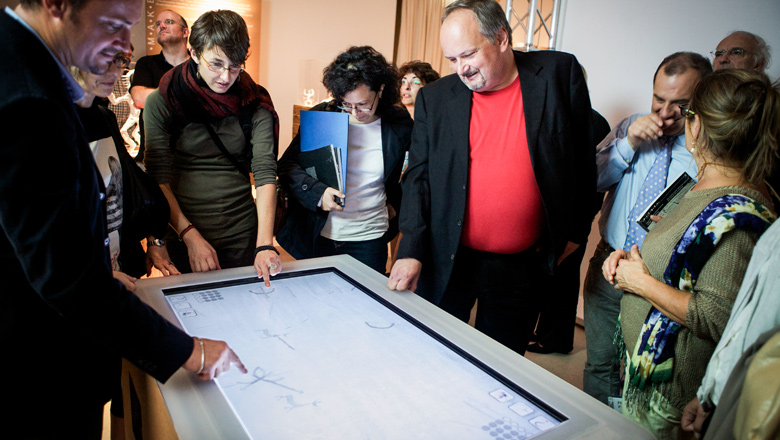 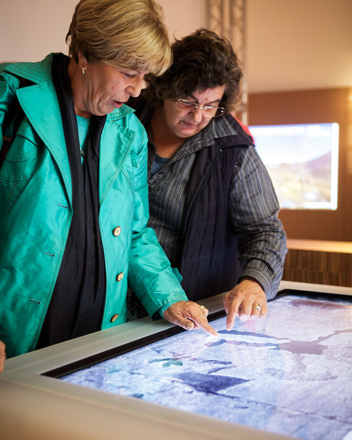 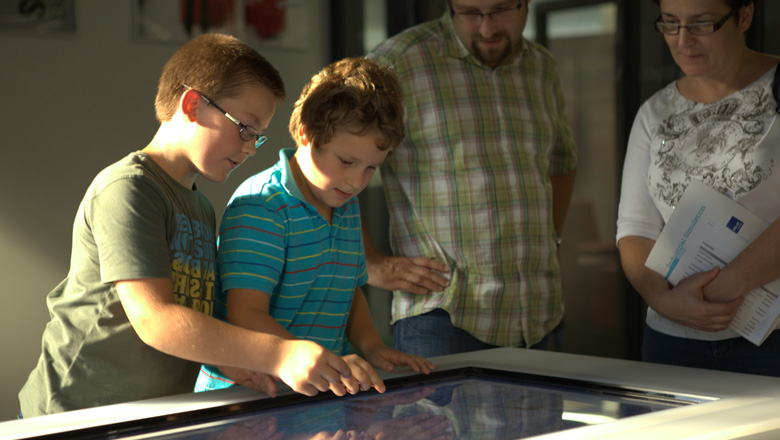 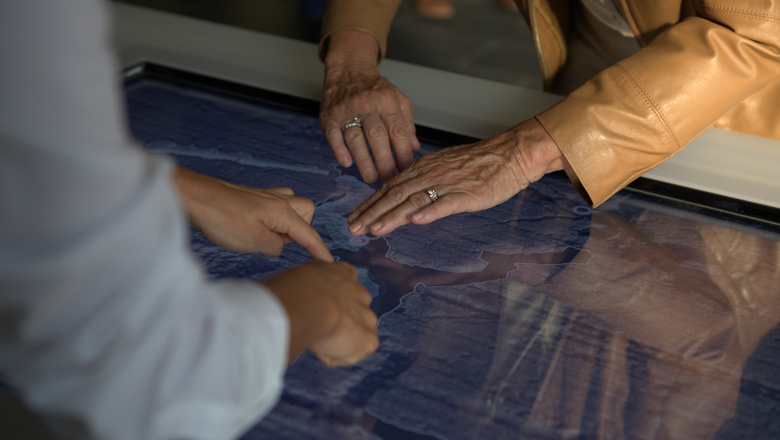